Part 3 - Up The Oodnadatta Track

Leaving the Flinders Ranges behind us we head up the Oodnadatta Track to Coober Pedy to prepare for our crossing of the Simpson Desert.

After a long day driving the Skytrek Track on Willow Springs Station, capped off with a perfect sunset over the Heysen Range enjoyed from Stokes Hill Lookout, we arrived back at our camp in Wilpena Campground.

It was a clear night and without the cloud cover to retain the heat of the day the temperature was dropping fast.

This would be our last night in the Flinders Ranges before continuing our trip north tomorrow to the Oodnadatta Track and another step closer to our quest to drive the Simpson Desert, the ultimate mission of this outback adventure.

We unloaded the firewood from the roof rack that we'd collected earlier n the day and while the girls built a campfire I whipped up a simple dinner that would only need us to wash a pot, 4 bowls, a sharp knife and 4 forks.

Spaghetti with butter, olive oil, grated cheese and the remains of the Cracker Barrel cheese we'd been working our way through over the last couple of days.

I'd have included parmesan cheese as well if I'd remembered to bring some.

So with the fire taking the edge off the cold we wolfed down the bowls of hot spaghetti and cheese and talked about what we had enjoyed most about the trip so far.

I set up the video camera and recorded our chat but the only light was from the camp fire and unfortunately not enough to shoot any usable footage in our film.

We'd squeezed a lot into the 4 days we'd been in the Flinders Ranges and the Mt Ohlssen-Bagge summit hike was a definite highlight but we all agreed that today driving Skytrek was probably our favourite - if only we'd had more time!

When the firewood ran out and the fire cooled, we called it a night and crawled into our swags and slept through a clear but freezing cold night.

Next morning we woke to blue skies and made busy packing up camp.

Last night I'd opened Facebook and at the top of my timeline was a photo I'd posted that same day 5 years ago which coincidentally was at the very same place we were now at, Wilpena Campground. That trip we had been heading for the red centre and had stopped into Wilpena Campground for just one night.

The photo was of the 3 girls enjoying a chocky milk and pie at the Wilpena Campground shop before we continued on north.

Since we were going to be doing virtually the exact same thing today I figured it would be a good opportunity to recreate the photo 5 years later.

So after filling up with diesel, adding a fresh bag of ice to the ice box and pumping the tyres back up to 40 psi the girls did their best to pose as they had done 5 years ago . . . you can see the result below.

Driving north out of Wilpena we pass the gate to Willow Springs where we were yesterday and continue on to Blinman, a small mining town just outside the national park that has a history of copper mining.

We turn west and pass Angorichina Village where we've camped a few times in the past and connect back with The Outback Highway heading north at Parachilna.

Blinman, Angorichina and Parachilna are all great places to stop and spend some time but our mission for this trip is the Simpson Desert and time is limited so we keep moving.

We pass Leigh Creek and Copley and stop for lunch at Lyndhurst which consists of wraps, cheese, carrot sticks, capsicum, hommus and biscuits on the tailgate with a quick coffee.

Lyndhurst is where the sealed road ends and the Strzelecki Track branches off to the east and winds it's way across the northern edge of the Gammon Ranges and through the Strzelecki  Desert to Innamincka.

We'll be coming back down the Strzelecki Track in a couple of weeks but for now we continue north on The Outback Highway on our way to Marree and the start of the Oodnadatta Track.

Driving north out of Lyndhurst we pass the ghost town of Farina and I notice a sign advertising the Farina Bakery which I'm surprised to see.

Farina is the ruins of a once thriving town that served the Ghan Railway back in the day. It's also a popular place to camp.

Eager volunteers with the Farina Restoration Group Inc have been slowly but surely restoring Farina and the bakery is the first building to be open for business.

We don't have time to stop now and having just finished a late lunch, we're not hungry either, so we push on but knowing the bakery is there, we'll definitely be planning a lunch stop there on our next trip.

50 km further on we arrive at Marree and head to the caravan park and setup camp on one of the only pieces of grass in the place.

The Marree Caravan Park is pretty basic but it has a good spirit.

They have a central communal fire place which is a great place to warm up on cold nights, connect with other travellers and toast some marshmallows.

Tonight they have a BBQ on offer and a couple of musicians to provide some entertainment and I figure we'll take a night off from cooking and sign us up.

At 6:30 we line up for the BBQ dinner and by the time we get to the front there isn't much meat left other than some charred pieces of something that I couldn't really recognise. Not quite the medium rare juicy steak I was fantasising about nor even some nice lamb chops or sausages but maybe I just set my expectations a little higher than I should have.

Fortunately the salads are good and after the mains are finished a large tub of ice cream is revealed and we tuck into that as well.

With dinner done we enjoy a couple of drinks around the campfire and chat with the other travellers with the live music providing the perfect backdrop on our first night in the real outback.

Savanna has been trying to convince Sienna to take centre stage and give us a rendition of 'hallelujah' which she's been singing a lot lately.

Finally she gives in and agrees to give it a go and with the support of the two guys who have done most of the singing so far, she delivers a solid performance that actually has a couple of people in tears!

I managed to capture it on my DSLR despite the darkness and hopefully it will be good enough to include a sample in the final film.

Next morning I wake up with the sunrise and take advantage of the warm morning light and wander around the town common capturing some nice shots of the old Ghan train engines and railway fixtures that symbolise the town of Marree.

Since the Ghan railway was decommissioned, the redgum railway sleepers have been repurposed into many structures around the town and continue to be a source of firewood for the travellers and locals along the Oodnadatta Track.

During breakfast at our camp we are visited by a dog who no doubt followed his nose to the source of the bacon and eggs he could smell cooking.

Being rewarded for his effort with the remains of a bacon and edge sandwich he decides he wants to join us on our trip and makes himself at home of Savanna's swag.

Despite our efforts to get him off he keeps circling back and plonking himself back on the swag which provides a few laughs.

After finally giving up and wandering off, he comes back soon after and jumps into the front seat of the car and once again it takes me to actually push him out of the car before he gets the message.

'Piggy', the dog who adopted us in Marree

Our goal today is to make it to Coober Pedy which is almost 400km down the track from Marree so we need to get cracking and after the doggy distraction we finally hit the road by around 10:30 after virtually everyone else in the caravan park had already left.

The Oodnadatta Track passes by the southern edge of Lake Eyre and we pull in to take a look.

A few years ago the lake was full and tourism in this area boomed but today it's dry and we wander down to see it up close.

From a distance it looks white and you imagine it being covered in a crust of pure white salt, but up close it's a different story.

More of a salty dirt covering than a pure salt crust so we walk out on the lake surface following other footprints hoping there will be more salt a few hundred metres out into the lake.

We soon find the surface getting softer as recent rains have soaked in but not completely dried up and the girls are having fun sliding around on the slippery surface.

A little further out and it gets even softer and next thing Savanna has sunk both feet about 20 cm into the lake and is positively stuck.

It's all a good laugh but she ends up having to pull her feet out of her shoes with some help from me and I also get to dig her shoes out of the boggy clay!

A long slow barefoot walk back to the car and a solid 20 minutes of scrubbing feet and hands to get the mud off and we are finally back on the track and making progress again.

Savanna stuck in the mud - the more she tries to get out, the deeper she sinks

A quick stop in William Creek for a pie and drink at the pub and we push on to Coober Pedy arriving just before dark.

Coober Pedy is all about opal mining and many of the towns residents live in underground homes that are cut out using the same machines used for digging the mines.

To get into the spirit of the town, I book us into Riba's underground camping which offers a communal underground area where we choose a 'nook' and roll out our swags.

Other travellers do the same or setup small tents in their nooks while others stay on the surface in their caravans or camper trailers.

Camping underground has it's advantages including the steady temperature and shelter from the rain and sun but the communal nature makes it noisy.

The hard walls, ceilings and floors in the cave like environment reflect every sound. 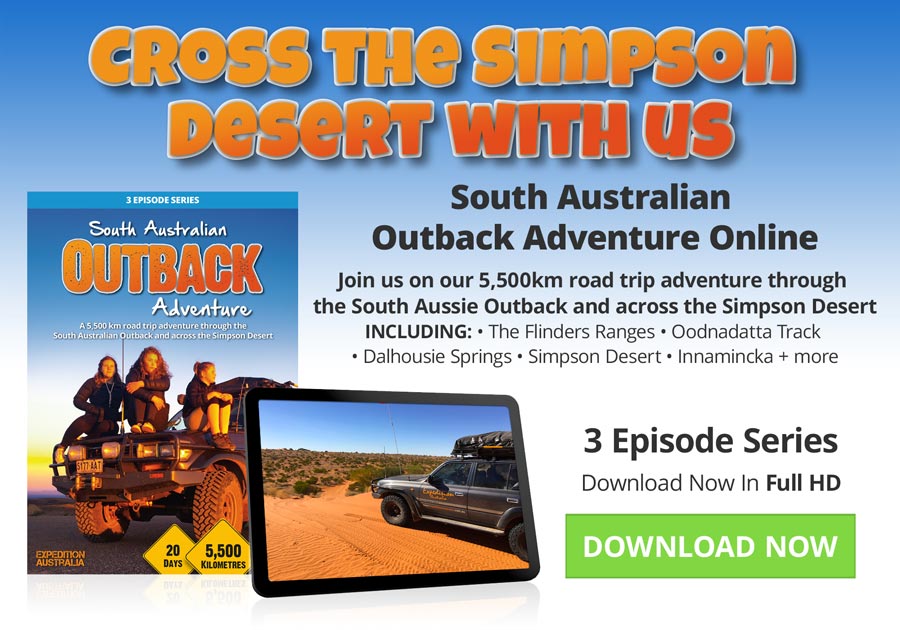 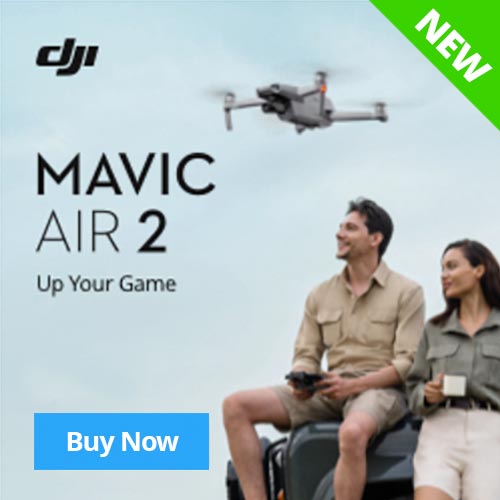 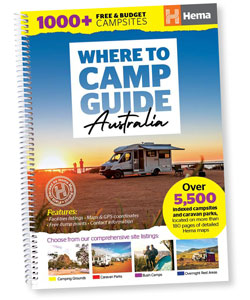